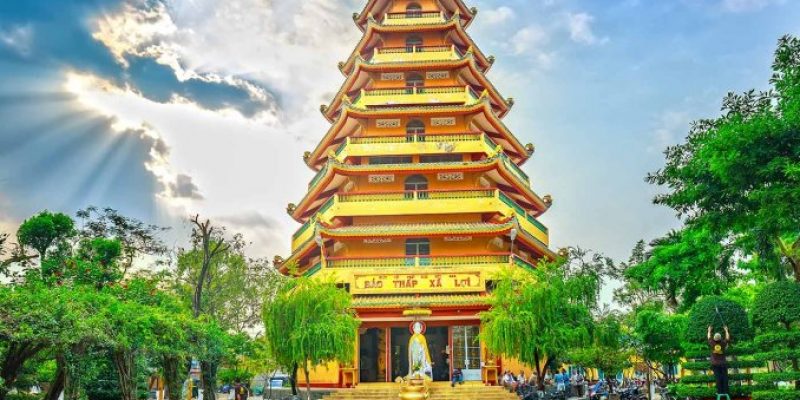 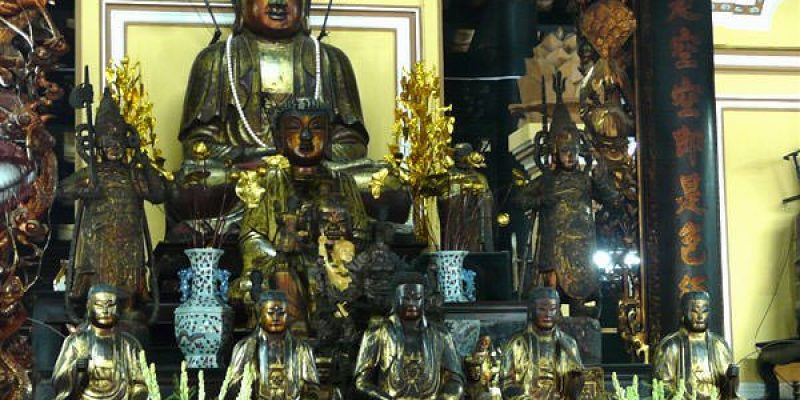 Built in 1744, the Giac Lam Pagoda is one of the oldest pagodas in the city. It’s undergone significant renovations twice, modernizing with the times each renovation. Despite its urban location, one of the first things you’ll notice about the pagoda are the expansive grounds that it sits on. One of the landmarks in the complex is a seven-story stupa that is accessible to visitors. You can climb up and get a nice view of the city.

Travel tips for the Giac Lam Pagoda
It’s located a bit far out from the city center, so budget at least 25-30 minutes to get there by taxi. I would budget at least an hour to check out the whole grounds. You should also note that given its location outside of the city, it’s more of a local worshipping grounds rather than a tourist pagoda. You’ll see more local amenities and appeal, rather than traveler appeal at this location.

Giac Lam Pagoda, built in 1744, is the oldest Buddhist temple in Ho Chi Minh City and as such was listed as an important historical site by the Vietnamese Department of Culture in 1988. Situated in Binh Than District, the pagoda is surrounded by spacious, walled garden and fronted by statues of mythical dragons, the protective guardians to many temples here.

Giac Lam Pagoda
Inside, this richly decorated shrine is comprised of three areas: the ceremonial hall, the chanting hall and the refectory. This large and sprawling establishment houses beautifully rendered images of Buddha in various incarnations, along with numerous Taoist deities, each with own altar. All the wooden pillars are decorated with red-and-gold Chinese characters. The ceremonial hall is dominated by the large statue of Amitabha Buddha, who is surrounded by five smaller Buddha images. Also in the main hall is the ‘nine dragon altar’ depicting the birth of Prince Sidharta, the future Buddha Gotama. Outside, a new addition, the 32-metre tall stupa dominates the temple grounds. This seven-story high, hexagonal structure contains a Buddha relic housed on the top floor. Visitors can climb up to the top floor for panoramic views of the city. In front of the stupa stands the white statue of Kuan Yin, the Goddess of Mercy on an open lotus flower, a symbol of purity.