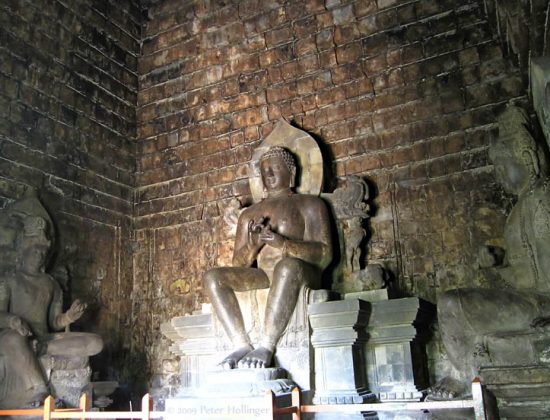 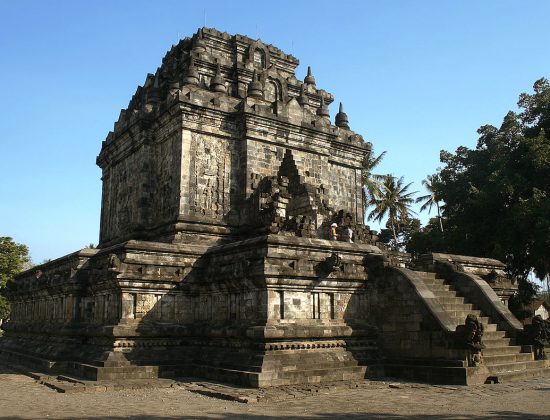 Be the first one to rate! Submit Review
Mendut

Is the first to be seen. The stupa has a rectangular groundplan with a large base decorated with panels filled with heavenly beings from whom spring curly branches with lotusflowers; it has a body ornated with Boddhisattvas and Taras and a superstrukture consisting of three parts which have decorations of stupas.

There is a flight of steps with wings decorated with Jatakas, which are Buddhist fables narrating the historic Buddha’s previous lives. On the walls of the antechamber are on the left side a relief of Hariti and on the right side a relief of Kuvera.
Inside the chamber are three magnificent statues of stone, collosal in size and impressive. The central Buddha is flanked by Lokesvara on his right hand and Vajrapani on his left. The Buddha is supposed to have belonged to a group of five Dhyani Buddhas, four of which however disappeared from their niches.