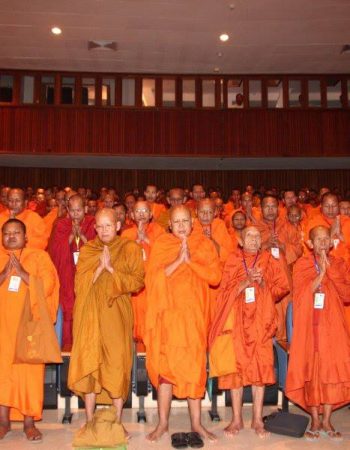 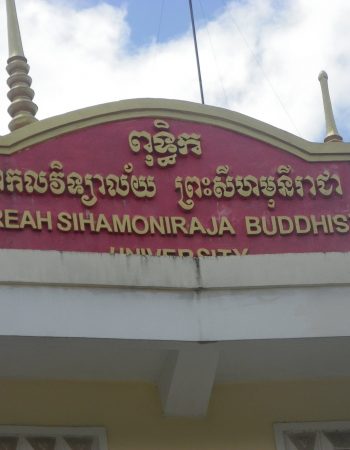 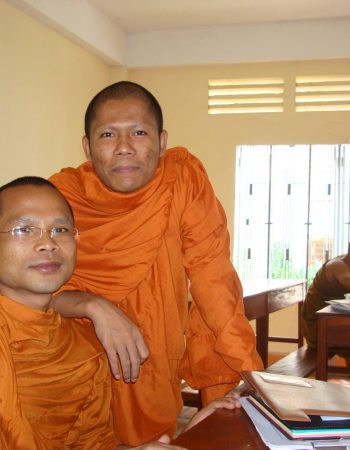 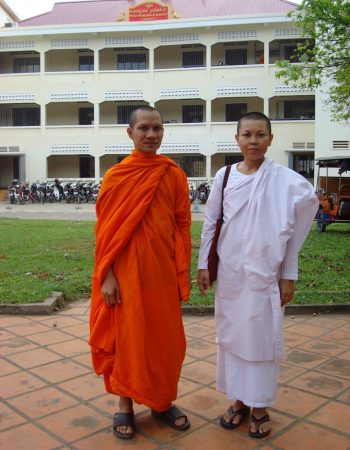 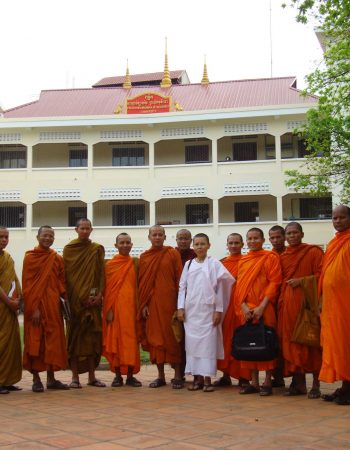 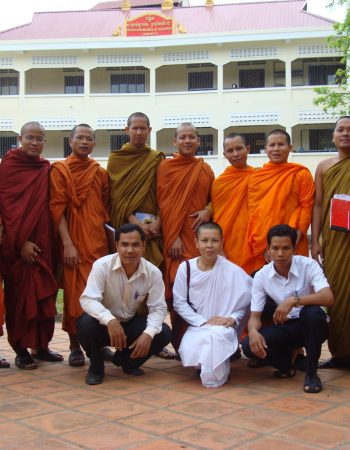 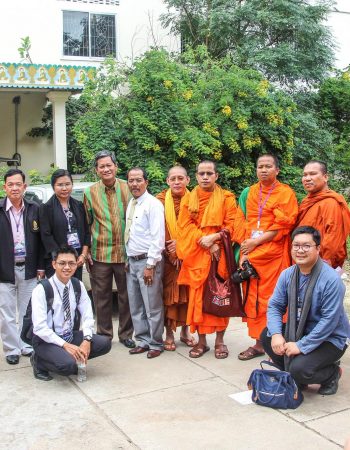 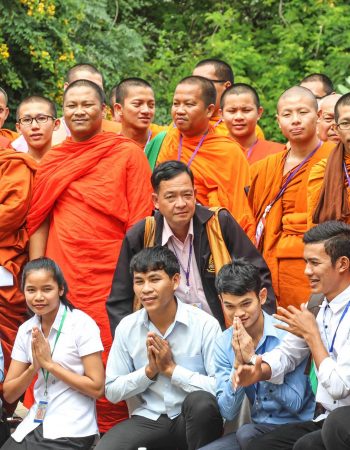 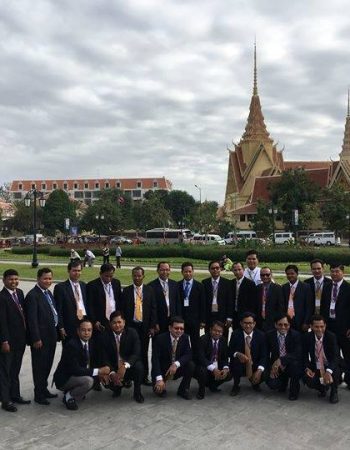 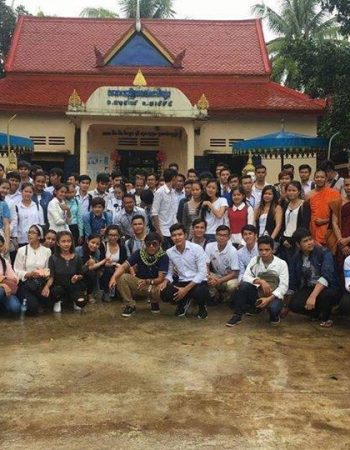 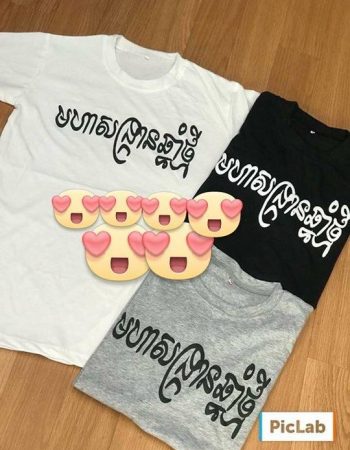 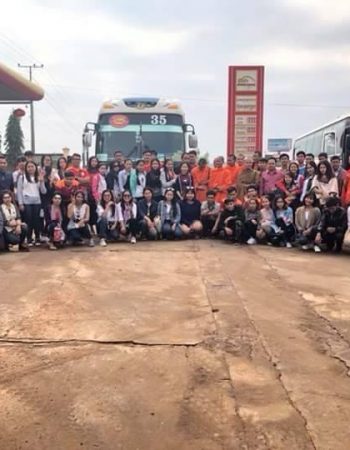 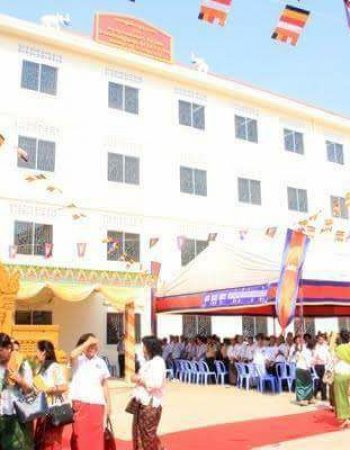 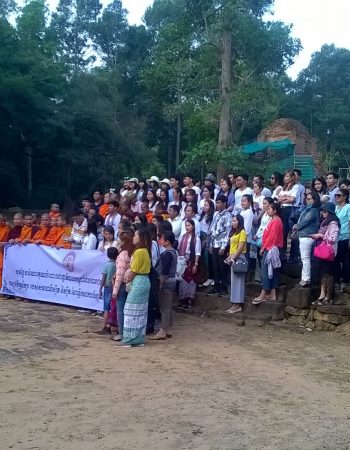 His Holiness the Saàgharaja Bour Kry, Supreme Patriarch of Cambodia, was the founder of Preah Sanghareach Bour Kry Buddhist High School located within the Svay Pope Monastery in Phnom-Penh. Students who had completed their secondary studies needed to pursue their academic course to a higher level. Nevertheless, universities in Cambodia were not adapted to meet the needs of very poor students like the novice monks of the Dhammayutta Order. The need to create a new institution in order to fill this crucial lack was felt strongly. Preah Sihamoni Raja Buddhist University was therefore established on June 10, 2005 at the urging of His Holiness the Saàgharaja Bour Kry, Supreme Patriarch of the Dhammayutta Order of Cambodia.

The Buddhist University was established under the high sponsorship of His Majesty Preah Bat Samdech Preah BOROMNEATH NORODOM SIHAMONI of Cambodia and proudly carries His Augustus name. It also receives the active support of the Ministry of Cult and Religions, and the Ministry of Education, Youth and Sports, as well as the administration staff, civil servants, and civilians. It is set up under the supervision of the Ministry of Cult and Religions and has its headquarters in the Svay Pope Monastery, Sangkat Tonle Bassac, Khan Chamcar Mon, Phnom-Penh.

The classes are conducted by national professors with a capacity in the teacher training at the Doctorate and Master degrees. The University intends to set up some partnerships with friendly countries, especially Buddhist countries, in order to attract the best foreign professors. These professors shall be able to teach higher level classes in order to provide students a perfect and full knowledge in different fields for a better understanding of our century.

Spirit and Principles of the University

The founder of Preah Sihamoni Raja Buddhist University would wish to give a vision and spirit based on the Buddha’s teachings in order to set up a culture of peace, and a humanist, tolerant and harmonious mind in the present society. The enforcement of the Blessed One’s teachings through higher education will facilitate understanding, solidarity and compassion between men and women in the same society. It will also spread more tolerant and friendly relations among all peoples.

The first aim of the Buddhist University is to allow the elaboration of a new tank of the best human resources, well-educated as well as in general training and the technical capacities than in the knowledge of the Buddhist principles and values. Its principle will also be the preservation of Buddhism, and Khmer cultures and traditions providing necessary intellectual foundations for development of the modern Khmer society.

Being aware of the huge needs of the country, Preah Sihamoni Raja Buddhist University takes part strongly in the noble mission of the reconstruction and intellectual rebirth in the near future which the country needs. It has the will and capability to participate in this reconstruction, and it is able to train and to provide human resources educated in the sufficient knowledge as well as in the fields of the Buddhist spiritual sciences than in the fields of the most modern technologies. It will be a good asset to allow our younger generations to acquire adequate capabilities to face new challenges, and the complexity of the actual world and to understand the role of their country in this world. The younger generations will have the intellectual, spiritual and technical means in order to assure the continuity and the radiance of our culture, our civilization, and also the development of the economic potentials of the country to fight poverty.

The main objectives of the University

The main objectives of Preah Sihamoni Raja Buddhist University are to:

1- improve expertises and the capacities of civil servants and other staff,

2- research and to develop programs of high-level studies,

3- train and teach the professional knowledge and the Buddhist principles and values,

6- procure secured structures upgraded to the level of international standards.

At its foundation, Preah Sihamoni Raja Buddhist University received the financial support of His Majesty the King of Cambodia, an amount of 12,000 US dollars. In principle, it is financing by free donations from the Buddhist community.

Since the first year, the Buddhist University has only conducted some classes in two departments: Buddhism and Science of Education (Administration in Education). Three other departments are going to open its doors: Information Technologies, Language (English literature) and Law.