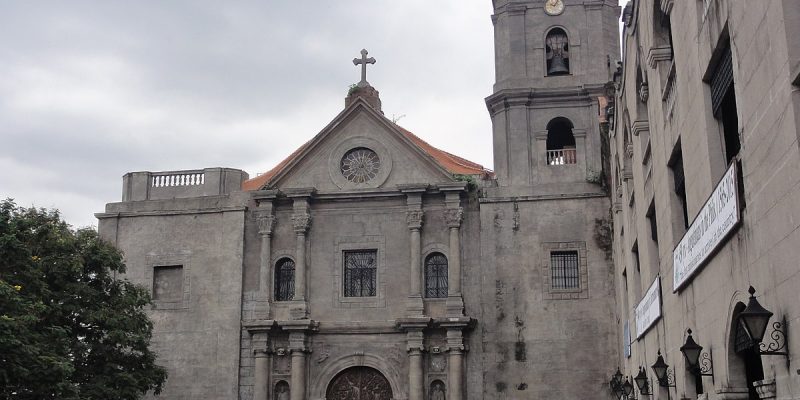 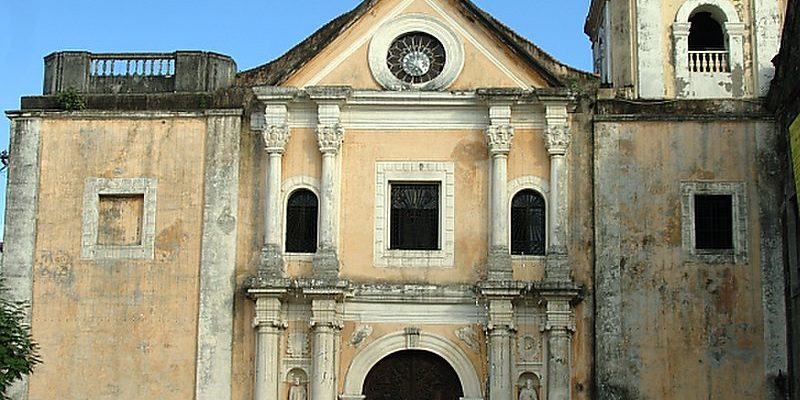 It’s one of the oldest churches in the Philippines, a position it earned by surviving the terrible bombing holocaust of World War II. While it withstood the 1945 Battle of Manila that virtually flattened the city around it, the Church’s interior was the setting for terrible atrocities inflicted by the retreating Japanese soldiers.

Today, the San Agustin Church stands in the middle of a carefully-restored Walled City, the guardian of four hundred years of Spanish rule in the Philippines (three conquistadors are buried underneath it). The pews in the choir loft are made of hand-carved molave dating back to the 17th Century.

An observant visitor will notice how the church’s architecture takes a few liberties with the truth: the ceiling is a masterpiece of trompe l’oeil, and the formidable pillars framing the door are purely decorative, supporting nothing but thin air. Nevertheless, the San Agustin Church is recognized as a UNESCO World Heritage Site – an honor that its storied past has helped it earn.

How to get there: San Agustin Church is a key part of the Intramuros walled city in Manila, Philippines. You can see the Church up close when you take our Walking Tour through Intramuros.